Inside The Music Industry From an Empire View

There’s a lot to like in the new Fox series, Empire, airing on Wednesday nights. From the entertainment to the authentic music veterans can’t get enough of, Empire is the new hit series you don’t want to miss out on.

Whether you love it or hate it, you will understand the show comes from a real perspective and that’s what gives the hit series credibility. Created and written by Lee Daniels (The Butler, Precious) and Danny Strong (The Butler, The Hunger Games: Mockingjay-Part 1), the show is outlined based on real experiences combined with catchy music which is expertly directed by Timbaland. Strong tells The New York Post that the music talent was the most essential part that would either make or break the show.

Starring as Lucious Lyon, Terrance Howard plays a music mogul who is on mission to get Empire Records to the next level. His ex-wife, Cookie, played by Taraji P.Henson, comes back after 17 years of doing time in prison looking to continue her contribution to the music label. Lucious’ secret illness though, puts more pressure on establishing his business to where he wants it to be and so, he is in on the look-out for the next candidate to run his business. His top three choices: his three sons.

First choice is his oldest son, the Ivy-league educated and business oriented, Andre (Trai Byers), whose wife, Rhonda (Kaitlin Doubleday) is white. Although business savvy, Andre lacks one element that Lucious believes is vital for the head position of the label: musical talent. So that’s where Jamal comes in, who inherited his father’s musical skills. But he also faces a hurdle, something his father can’t seem to accept; he is gay. This storyline is probably the most watchful of the series. Going back to one of the most dramatic scenes already in the show, Lucious dumps Jamal into the garbage can when he sees his son wearing high-heels and has Cookie enraged by his cruelness. The scene had everyone talking but what makes it unique is it is based on Daniels’ own life experiences. Since Lucious’ two sons are not good enough for him based on their “flaws,” the music mogul looks at his youngest son, Hakeem (Bryshere Gray), the wild, aspiring rapper. According to Lucious, Hakeem reminds him of himself.


While on the hunt for the best candidate to take over the business, a battle for control transpires which highlights an identity issue; the oldest son is not “black enough,” the middle one is gay and the youngest is the most out there. Daniels’ duty is to capture these issues that take place in the music industry. As said before, some love the plot line and others might have a problem with it because of the controversial direction the creators are taking. However, the reality aspect of the show is what has people talking as Fox’s most vibrant drama in a while. 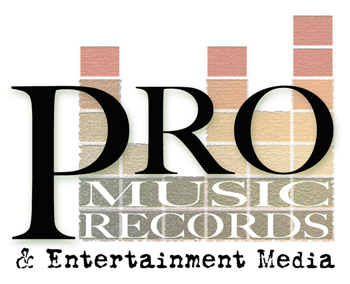 Does Empire inspire you to be a part of the music industry? Maybe you already are, but you are interested in becoming something bigger. Pro Music Records and Entertainment Media specializes in branding and marketing your career. If you have work you want to share and promote, submit it at submissions@promusicrecords.com and check out Pro Music Records Services for more info.