10 Steps to Sell Out Your Show

This was written by Ari Herstand and originally appeared on Ari’s Take.

There’s no point in playing a show if no one shows up. Just listing a show on your Facebook Page will not bring people. Bands sometimes think that all they need to do is go on tour and get their shows listed on the venue’s website and people will magically show up because they are a ‘touring band’ far away from home. You must understand that venues do not promote their shows. They can’t. They have just too many. It is the reason venues work with promoters or expect bands to bring 100% of the crowd. 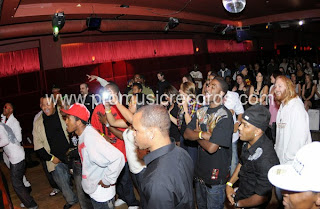 So how do you get people out to your shows? How about selling out, say, a 500 cap venue? That takes a bit more effort. Let’s approach this locally first. Once you’ve mastered these techniques you can take them on the road.

1. Spread out your shows
Even if your favorite band played in your city every week you wouldn’t go see them. What makes you think your friends/passive fans will want to come see you every other weekend at various bars around town? They’ll just think “I’ll hit the next one. They play all the time!” So don’t play all the time. Try setting up a big show every 6-12 weeks locally and 4-6 months nationally.

2. Get a street team
The more people who work on the show the more people will be invested in its overall success. I used to get a street team of 10-20 people for all my big local shows to hit the town at night, in teams, with staple guns, tape, black winter caps and secret code words. II called my team “The Street Stand” (play off of Herstand) and sometimes provided pizza, or took them out to hot chocolate after a cold Minnesota postering evening. But they always got into the show for free and invited to the after party. In addition to postering, I gave them flyers to hand out at work, on campus, and at the bars. Some nights we had Facebooking parties where we all promoted the show video and event on all our friends’ walls.

3. Make a show video
Create a 1:00-2:00 video for one specific show. Include clips of music videos of the other bands on the bill (you can add annotations in YouTube to the actual music videos) and impressive (high quality) live clips. If bands don’t have high-quality video, then at the very least run a photo stream with each bands’ music. Make sure you showcase all the bands on the bill and work with each band to promote the video. Making a show-specific video legitimizes this specific show, transforming it into an event.

4. Title your show
Make each show unique. Giving the show a title automatically turns your show into an event worth talking about. Which offer sounds more appealing to you? “Want to go to The Unknown Order show” or “Pink Shoes are playing at Chop Suey on Thursday again. Want to go?”

5. Create a show poster
Get a graphic designer to create a special poster for this one show (with the show title, of course). Depending on your budget, you can screen print a limited number of posters and get all the bands to sign them. Then either sell them or get ticket holders to win them. Use this poster everywhere: Facebook Event, Instagram, Posters, Flyers, T-Shirts, Facebook Ads, etc. The more people who see the poster, the more they’ll talk about it, and the more likely they’ll get out to the show.

7. Run Contests
Run various contests to promote the show and advance ticket purchases. For one show, I gave advance ticket holders goodie bags containing a poster, stickers and other random, fun nick-nacks from each band. It might be a good idea to give the bags out after the show, though. The biggest complaint was that they had to hold onto the bag the entire night. Also, run contests on Facebook or Twitter to encourage people to share the Show Video and Show Poster. On the Facebook Event page you can explain the contest like “Share this Event (or Video) on your Timeline, invite all your friends to this Event and then write MISSION ACCOMPLISHED on this Event’s wall. Everyone who does this will be entered into a drawing to win a t-shirt and poster at the show.” Then announce the winner on-stage, at the show.

8. Include Other Buzzing Bands
Maybe you got 50 people out to your last show, Pink Shoes got 30 to their last show, White Grey got 70 and Tombcat got 25. If there’s no overlap, that’s 175 people that will most likely get out to this show. The local music scene will also love to see 4 buzzing bands on one bill together. Get bands together who are good and buzzing. If they aren’t buzzing yet, well, get bands who will work just as hard as you on promo. Don’t bring on a band unless they are willing to follow the promo necessities.

9. Contact local media
Because your show is now an event, you have the ammunition to get the local media’s attention. If none of the bands could get more than a mention in your local newspaper, bringing them together for this anticipated event will get the paper to write about it.

10. Get a sponsor
Find a local company, brand, newspaper, or radio station that will get behind your event. Consider it a partnership for the evening—where both sides win. Your sponsor gets to be associated with a hot event, and included in all promo. In return, you get anything from airtime, ad space in the newspaper, a writeup on their (high traffic) website, alcohol, cash, printing, the list goes on. The best partnerships deal in trade, not cash. We got a wine company to sponsor the Unknown Order show and they printed all of the full-color posters (some 400 posted around the city), donated a case of wine per band (which was nearly finished during the show – glad I didn’t perform last!), an ad in the weekly variety newspaper, some air time and other promo. This show sold out 10 minutes after the doors opened with 200 people turned away.

Once you sell out an established, well-respected venue in your hometown, everyone will start to take notice. Then, take your enterprise on the road!

Have you had success with your shows? Any unique promo techniques you’ve used? What worked and what didn’t? Share them in the comments! We’re here to hear you.
Posted by Pro Music Records at 1:12 PM